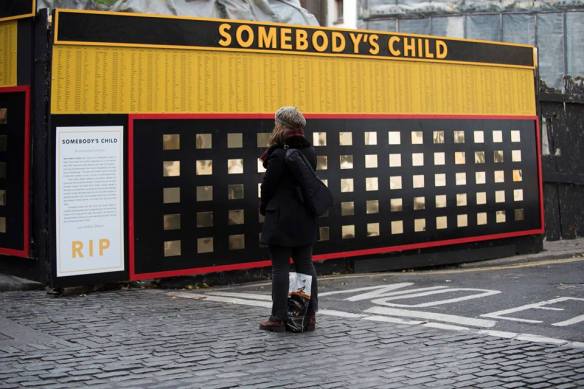 As the Spotlight film opens in Dublin we are now facing into yet another sex abuse scandal in a foster home in the south east of Ireland. Covered up and facilitated by the HSE. You have to ask yourself after all the issues of child abuse in this country – how could this possibly happen? How can the State be so negligent? How can the State be so indifferent? And here we have yet another fine display of mock-shock-and horror from the HSE, the Government and certain TDs. Shame on you. There is not a child safe in the land because of your failure to care for the most vulnerable.
What is the famous catch phrase…oh yes, ‘ we failed to hear your cries’ (Bertie Ahern’s famous remarks)
Enda Kenny’s famous remarks about the Magdalene women with tears in his eyes? Many of the women are still waiting, many  have already died.  And Minister Lynch’s remarks that we’re heading towards a public inquiry beggars belief and goes to show how far removed she is from what is actually taking place here.  Its an act of disassociation. … What is the point in having Ministers for Health, Ministers for Children, Ministers for Justice when the perpetrators and the enablers of these outrages will never be brought to justice? Never face any consequences and no child is protected by the State.
There is talk now of public inquiry and people being brought before the Public accounts committee. Here again, the State is investigating itself and we all know where that leads. What did our last public enquiries bring us? Massive fees, massive bills and no real truth or consequences.  Robert Fisk’s great title ‘Pity the Nation’ comes to mind here except in this instance its ‘Pity our children’.
The same culture that is evident in Spotlight uncovered by the Boston Globe. The same evidence that is being uncovered in the Ryan Report, the Ferns Report, the Murphy Report, we all know will be found to have been at play here in this foster home child abuse scandal. For the many good people out there who foster children and protect the vulnerable stand up, do you hear me, stand up and show leadership here. Don’t let the good work that I know many of you do be undermined by abusers and a weak State and Civil Service. Your reputations are seriously on the line here because this investigation is going to have to include all fostering and all foster homes and protocols and guidelines around children .
The Nation owes this person and her mother an apology.  It would be a travesty for the Taoiseach or any Minister now to utter such words or even the HSE. This needs to come from the mouth of our very own President, Michael D Higgins who would understand the failing of Government and State here. The President has the confidence of all the people and the credibility internationally to make this statement.
Where are all the child agencies? Where was Bernardo’s on this? They seem to come very late with their statements.  Where is Amnesty International on this? This has all the hallmarks of dread with the dark hand of the State and its agents all over it.
We can be very grateful to the whistleblower here who has taken enormous risk cause we all know what happens to people who tell the truth, the honest truth and have to whistle blow in this State.
http://www.irishexaminer.com/ireland/sex-abuse-cases-hse-admits-failings-in-foster-abuse-377142.html
Spotlight Trailer:
https://www.youtube.com/watch?v=Zg5zSVxx9JM