French politician, women’s rights champion and Holocaust survivor Simone Veil will be buried in Paris’s Pantheon mausoleum. She will become the 5th woman to be buried at the National monument.  Veil will join scientist Marie Curie; two resistance members who were deported to Germany, Geneviève de Gaulle-Anthonioz and Germaine Tillion; and Sophie Berthelot, who was buried alongside her chemist husband, Pierre-Eugène Marcellin Berthelot.

Simone Veil (13 July 1927 – 30 June 2017) was a French lawyer and politician who served as Minister of Health under Valéry Giscard d’Estaing, President of the European Parliament and member of the Constitutional Council of France. 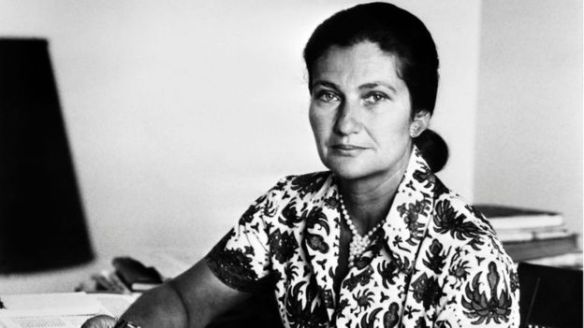 Born in Nice in 1927 as Simone Jacob, she was arrested by the Germans in 1944, alongside her family, and sent to Auschwitz and Bergen-Belsen.  Only she and her sister survived.  Her mother, father, and brother all died there.

She became best known in France for her instrumental role in legalising abortion in the 1970s as Minister of Health and went on to serve as the first president of an elected European Parliament.

She later re-entered French politics, returning to the cabinet in the 1990s.

In 2010, she was deemed one of the 40 “immortals” of the Académie Française – a great honour in France.

She inspired generations of people all over the world and paved the way for many.  The 89 years she spent here were dedicated to the advancement of the human being with a primary purpose being, the equality of women.  They are correctly honouring her as an extraordinary human being by placing her in The Pantheon.

1 thought on “Simone Veil – Thank You”