If you live in Dublin you have a right to vote in the Irish Local Elections May 23rd 2014.

Do you need a registration form RFA2?

There will be a large workshop in the Wood Quay Venue next Thursday 27th of March at 6pm where presentations on how to register and Professor David Farrell form UCD school of Politics will present an overview of the Irish system to the representatives of the migrant groups.

Leading on from this post graduate students form UCD School of Politics, officers from DCC Franchise section will be pared with individual groups. Setting up outreach workshops with the various migrant communities where they will explain the mechanics of PRSTV and a sort of a ‘general overview’ of the Irish political system and get people registered to vote. 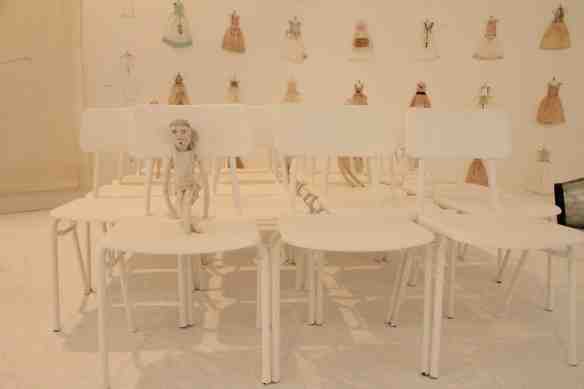 Christine Buckley gave hope and living voice to the many who suffered in silence in Ireland’s Residential Institutions and throughout their lives.  She will be greatly missed but her strong voice will be heard forever.  Rest in Peace.

Then they put me into a car zoom zoom, beep beep over O’Connell Bridge, past the Ha’penny Bridge, along Capel Street Bridge. All alone all along the Liffey I cried like the canal to the gates of Goldenbridge. At Goldenbridge, the nuns said that they were my sisters now. ‘Now, now, stop that crying or we’ll give you something to cry about. Christ didn’t cry. Christ wasn’t a whinger.’ I cried, I screamed for me ma, yelled for me da. Then all the kids there started to cry like me. We screamed through the clatters in the face, the lashes across the back of our legs, the smashing of our heads against the doors.
‘Mary is our mother now and God is our Father. Repeat, Mary is our mother now and God is our Father. ‘Tis the Divil that has you all crying. ‘Tis the Divil so that we’ll be getting out of here, only the Divil. James, that’s a lovely boy’s name. Stop that crying now. Silence is golden, boys and girls. Silence is golden. St James, a lovely saint.’
I rocked back, I rocked forward. I rocked in silence for a day, for a week maybe two. I cried until I was dry. I bit my lip; I bit my nails; I pissed the bed; I rubbed my eyes; I bit the boy beside me, I bit the girl beside me. They both bit me back. The nuns and the priest battered us all. Screamed at us that we were bold and evil and that they were going to put us into the washing machine to wash our souls of sin, souls of sin, souls of sin. I rocked back and forth till one day somebody came and picked me up into their arms and took me back home, to my ma, to my da and all the family and another new baby. Silence is golden, golden, in Goldenbridge. Ssssssh.  (James X) 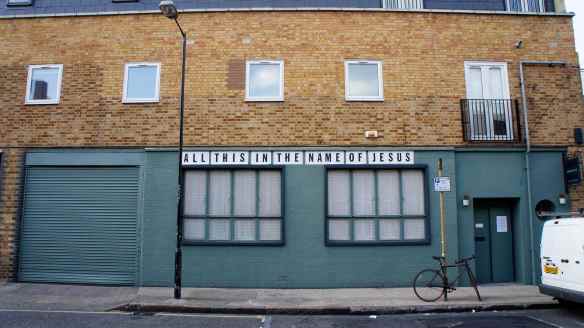 No 4 Parliament Street is a private property owned by a private individual who having acquired the building two years ago, wishes to restore the property to its original status as a cutlery shop and as a private home.

The owner’s interest is in the conservation not renovation of both the building and the original shop.

It is not going to be developed nor refurbished, no change of use is planned and the business is to be reopened.

The owner has invested considerable time and resources in the conservation and restoration of the building over the last two years, including the following:

With regard to the issue of the building being closed to the public:

The building has been closed for almost 20 years.

The owner has appointed Kelly and Cogan Conservation Architects and has completed a considerable amount of conservation research into the building and over the last year, With the assistance of Dublin City Council, have already and continue to implement maintenance repair and conservation work . This work might not be highly visible but it is absolutely critical and ongoing.

Given the nature of the work it is expected that the building work will not be completed, subject to planning for at least 18 months.

This building was sold over a year ago.  Prior to that it had been closed to the public for almost 10 years.  When I lived over Thomas Reads I kept my eye on the building and the flooding that was taking place at the back of the premises.  A lot of work was done to divert the water into Crane lane and I have been into this premises ‘The Cutlers’ on many occasions over the past few years, making sure the cabinets and interiors were still on the premises and not getting damaged. Those artifacts should be immediately handed over to the care of the relevant conservationists for safe keeping.

They include the historical ledgers, silverware and some beautiful cabinets.  There were many attempts by local individuals to acquire this premises from the agents and receivers but to no avail. I personally tried to get Dublin City Council to acquire the premises with the help of the conservation section of DCC.  I felt that this building gave an enormous cultural credibility to the Temple Bar area not to forget that it was on this roof and adjoining roof of 3 Parliament St,  that one of the first teenagers was shot and killed in the 1916 rebellion.  Joe Duffy has written extensively and expertly on this matter.

Indeed the new owner of Thomas Reads public house itself and the Oak Bar, I believe, would be very interested in restoring this premises and also that would keep it open to the public.  The premises extends right into Crane Lane and it is a must see even in its present dilapidated state.  The Cutlers themselves supplied many a sword to the Dublin gentry as well as the English gentry who visited.  They could even be regarded as an armourer.  Indeed the whole street Parliament Street is an ideal street along with Capel Street for  a total upgrade and a bit of nurture.  To get the picture one needs to view these streets from the windows of the City Hall Chambers where you can get the view of the upper architectural features and streetscape with a spectacular view as far down as Bolton Street.

Its grand and easy to wax lyrically about Merrion Square, Mountjoy Square but the likes of Parliament Street and Capel Street could crumble to dust if we don’t start caring as citizens about our built environment. What is an enormous disgrace here is that this dilapidation happened right beside City Hall and I have raised the issue time and time again.  I got so concerned that I brought the conservation officers from DCC into the building early last year and got them to document every single item and fabric of the building.  They assured me that the building itself was a protected structure. (ref. 6322). I raised concerns before Christmas and I raised concerns over two months ago when I noticed that the front door could be pushed open and was not secured.

I really believe that this building should have been brought into the family of buildings under the charge of DCC but I have to ask what about the other buildings that DCC own that are as equally important that the city council have had for over 20 years that are in an appalling state? Henrietta Street is just one example.

The only solution is to be proactive and it is probably time for a new association or a new organisation along the lines of An Taisce, The Georgian Society and the Civic Trust thats 21st century to deal not just with the conservation and built heritage issues in Dublin but the issues throughout the country.

We need to get much more energized, politicized if we are to be effective.  We have to bring these buildings back into living use.  Everyday use.  For everyone. Buildings for the public to enjoy.

Here is DCC Conservation Officer reply to the present concerns regarding this building.

This building is included on the City Council’s Register of Protected Structures (ref. 6322). Under the provisions of Part IV of the Planning and Development Acts 2000 – 2013, responsibility for its maintenance and freedom from endangerment lies with the owner.

Two exemption certificates were granted for stated repair and maintenance works to the property, 4 Parliament Street   in October 2012, Reg reference 0140/12  was for  specified  works for  repair and maintenance works to the roof including repair to  rain water goods .This  work has  taken place. Prior to this , the owner had been actively working with the City Council and the Dept of AHG on a programme of works to progress the   opening of  the building as a shop with a residence overhead.

The weathering of the horizontal beam over the fascia signage needs to be attended to as a matter of urgency, and this has been  conveyed to the owner’s architect.

It should be noted that there are ongoing negotiations  taking place between the owner and the adjoining public house “Thomas Reads” .This relates to the  issue of  rainwater spilling from that premises into a void area of  number 4 Parliament Street.   This is a civil matter between the two owners .

Number 4 Parliament Street is currently unoccupied and a full internal and external inspection is being arranged with the owner. Any works required for the safety of the Building will be brought to the owner’s attention and  enforcement proceedings will be initiated if necessary.